Tweeting back while shouting back: The double-edged sword of online feminism 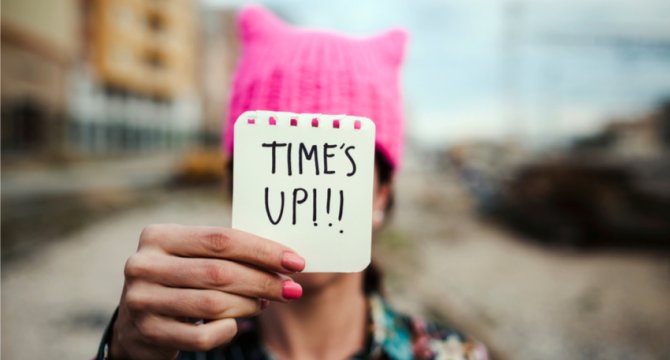 2006 was in many ways a significant year. Facebook was opened to everyone. Twitter was created. And Tarana Burke founded the 'Me Too' movement as a result of her work with survivors or sexual violence, mainly young women of color.

At the time, social media activism was not, for obvious reasons, on Burke's radar. In fact, she thought that one day the activism might amount to a bumper sticker on somebody's car. Some 12 years, and a viral hashtag (promoted by actress Alyssa Milano, unaware of the phrase's origins) later, it is clear that the face of feminist campaigning has changed irreversibly.

But what does the immediacy of action, and the potential to reach millions of women mean in practice? Is this a feminist utopia? Today, Dr Emma Turley looks at the use of hashtags as part of online activism.

In the last decade there has been a global digital upsurge of feminists using social media and blogs to highlight sexism, misogyny, gender based violence and inequalities. Online platforms allow women to broaden feminist spaces and enable an open engagement with feminist ideas. Consequently, campaigns are able to have a wider reach, and provide improved access to information. By its nature, the Internet is able to connect people beyond their immediate location and involve those who may not be able to participate in face-to-face activism.

One method of online feminist activism is ‘shouting back’; using a hashtag to highlight various issues experienced frequently by women, and enabling others to share and react to it. Prominent recent examples of shouting back include #MeToo to highlight sexual harassment and assault faced by women in their daily lives, and #TimesUp stemming from the allegations made by numerous women about the behaviour of Hollywood producer Harvey Weinstein. 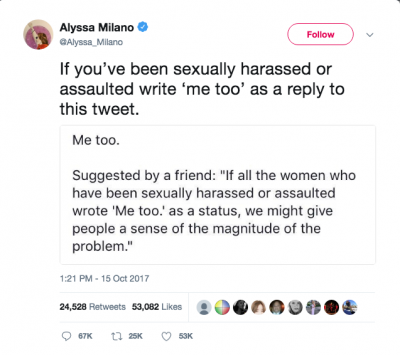 There is however, a darker side to online feminist activism for women. Often those who speak out are ‘trolled’; threatened with serious abuse and violence, rendering digital spaces difficult for women to navigate, or even exist within.

Shouting back using hashtags is an immediate and simple method of making feminist campaigns accessible to larger and more diverse audiences, especially if those hashtags go viral and spread quickly from digital spaces into real life spaces, such as the mainstream media. This has been the case for both the #TimesUp and #metoo shoutbacks.

#TimesUp was prompted by a letter from women farmworkers to women working in the creative industries expressing solidarity after the allegations of sexual harassment and abuse against numerous male Hollywood actors, directors and producers. The hashtag has raised awareness of the campaign that aims to address gendered inequality and harassment in the workplace, and highlight the funding established to help survivors of harassment and abuse to take legal action.

The ‘Me Too’ movement originated in 2006 with activist Tarana Burke. However, the #MeToo hashtag went viral on Twitter and Facebook last October as a way for women to demonstrate the scale of sexual harassment and abuse they experienced on a daily basis, with the aim of affecting social change. The concept was simple; women who had experienced sexual harassment or abuse would briefly detail their experience and end with #metoo, or simply retweet the hashtag. 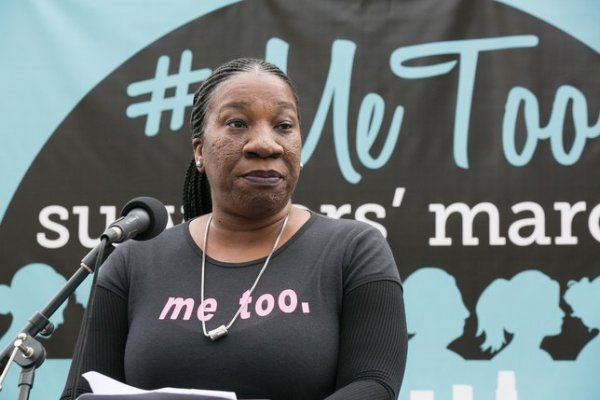 The hashtag has since been retweeted millions of times and spread to at least 85 countries. The success of these shoutbacks is primarily due to the support offered by celebrities in publicising and endorsing the hashtags on social media platforms and in the offline world.

Digital spaces are not a utopia for feminist activism and campaigning however. Social media can enable the proliferation of sexist and misogynistic narratives, and maintain and reproduce the power inequalities that exist in the real world. Women are frequently abused online for sharing their opinions and experiences, or simply for taking up virtual space. It is not uncommon for women to receive rape and death threats via social media platforms. In addition, survivors of sexual harassment and abuse can find themselves surrounded online by others’ accounts, serving as an inescapable reminder of their own trauma.

Online platforms and social media have powerful potential for empowering women to shout back against sexism, misogyny and gendered inequalities

Online platforms and social media have powerful potential for empowering women to shout back against sexism, misogyny and gendered inequalities, and these feminist movements are opening conversations, influencing public policy as well challenging established social norms relating to acceptable behaviour towards women. It is clear that the impact of online feminist action, consciousness raising and campaigning is creating ripples in the real world that will make positive changes for women’s everyday lives.

This blog post is based on a research article 'Tweeting back while shouting back: Social media and feminist activism'. Access the article here.

This article was originally published on BroadAgenda and republished with permission from the author. Read the original article.